It’s been a long time since I wrote here. Sure, there was the Christmas greeting and the advent calendar, but I think it was back in august 2017 I made a real update. And there have been happening things since.

First; I’ve been busy, like really busy, having three kids isn’t good on the spare time account (or any other account for that matter). Second; sitting at the computer writing stuff isn’t easy when three kids want to use said computer when I use it. Third; my computer is sick, it needs a safety override to start and if I run any program that runs it warm (like most games, sketch-up and such) it shuts down. This resulting in only really necessary things being done on the computer. Blogging wasn’t one of them I suppose. Actually I just recently realised that I hadn’t transferred pictures form my phones and camera to the computer (and the subsequent backup’s thereof). If I had lost my phone I would have lost all pictures from January to November. That would have been sad.

This year has been really nice though. Last year (2017) we were learning to be a family of five. Learning to deal with a sick child and just cope. Dealing with broken cars and the hassle of getting a new one. Having a broken heating system, and disappearing plumbers. Just not a year to enjoy.

This year was so much better. It was decided that our little one didn’t need surgery. Work was good. Life was much more balanced. We had low expectations and got good results. The new car exceeded our expectations. We got our heating system fixed after more than a year of living with it only partially working.

We also got some other good things going.

Even though there was (is) an epic drought in Sweden, we had a wonderful garden this year. We also got our greenhouse done last winter. This resulting in us getting our own cucumbers, tomatoes (they would have grown outside too), chillies, paprika, water-melons and some other things that usually doesn’t grow here. 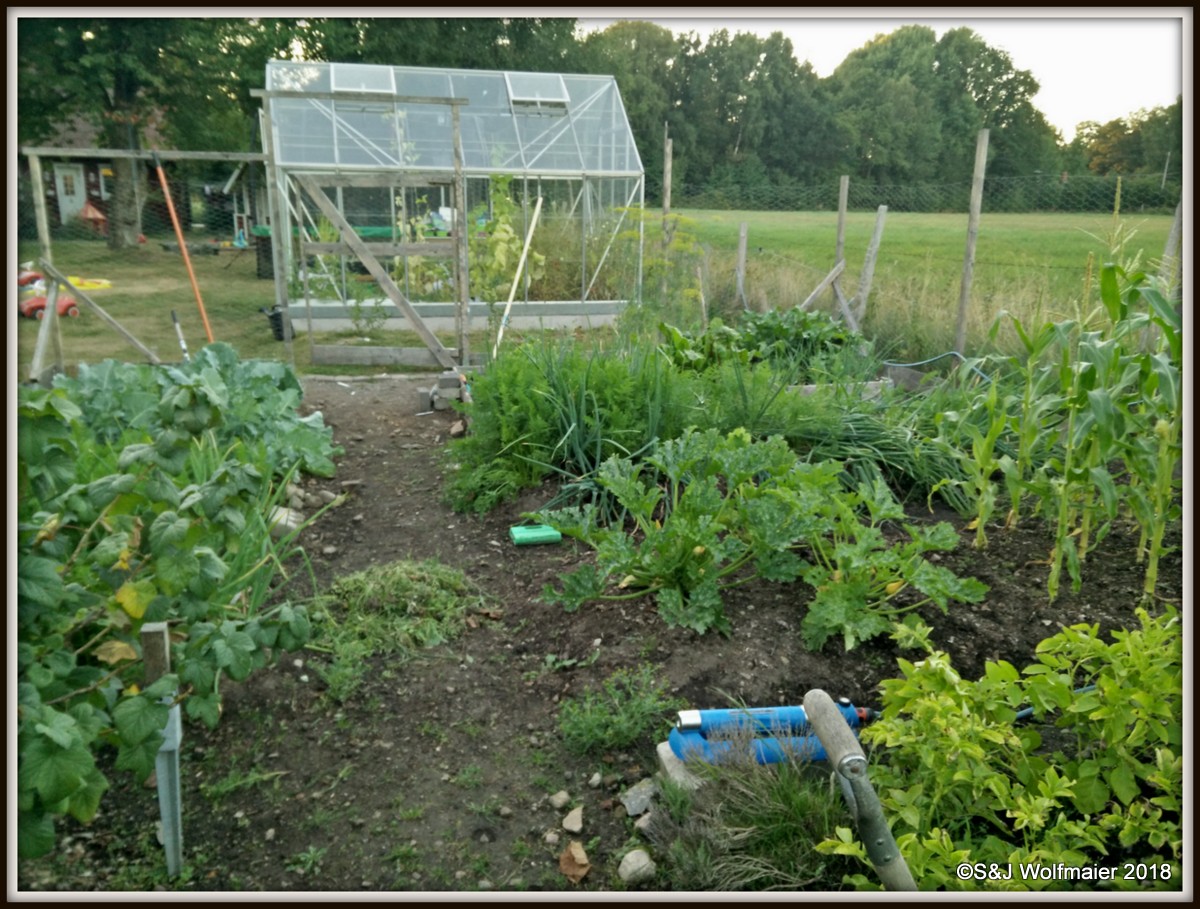 The garden provided us with abundance of mangold, carrots, potatoes, onions, beetroots and herbs. We also had squash, corn, strawberries, salad, cabbage and broccoli, just not as much. And we actually took care of most of it. We still enjoy our own carrots (and they will last some time still), beetroots, potatoes and onions. We have some frozen mangold and herbs left too.

Our apples were also in abundance, we couldn’t take care of them all. But there will be apples for a long time still. Plums and cherries were also plenty, we have made some marmalades and chutneys with them. The blackberries didn’t really like the drought though, and we didn’t water them, we got some but not that many.

And the best part; almost no mowing of the lawn and snails.

Our kids enjoy each other. We get time to do other things, while they are playing. Our daughter is now in school for real, learning new things every day in first grade. Our sons are still at home with us.

We are not burdened with our youngest’s condition any more, as he doesn’t have any symptoms and doesn’t need medication now. He is still monitored though, once every half year there are some tests to be made, and once a year an ultrasound. For you that doesn’t know more: He was diagnosed with gall-stones when he was just a little over 3 months old. About the same time we ordered our new car. It took a few days till they found out what it was. Then some more to figure out what to do. First medication and later surgery. The surgery was to be done in Stockholm but was postponed many times. About one year ago we were told that his values were good enough to not do surgery, but they will monitor him, if it comes back. 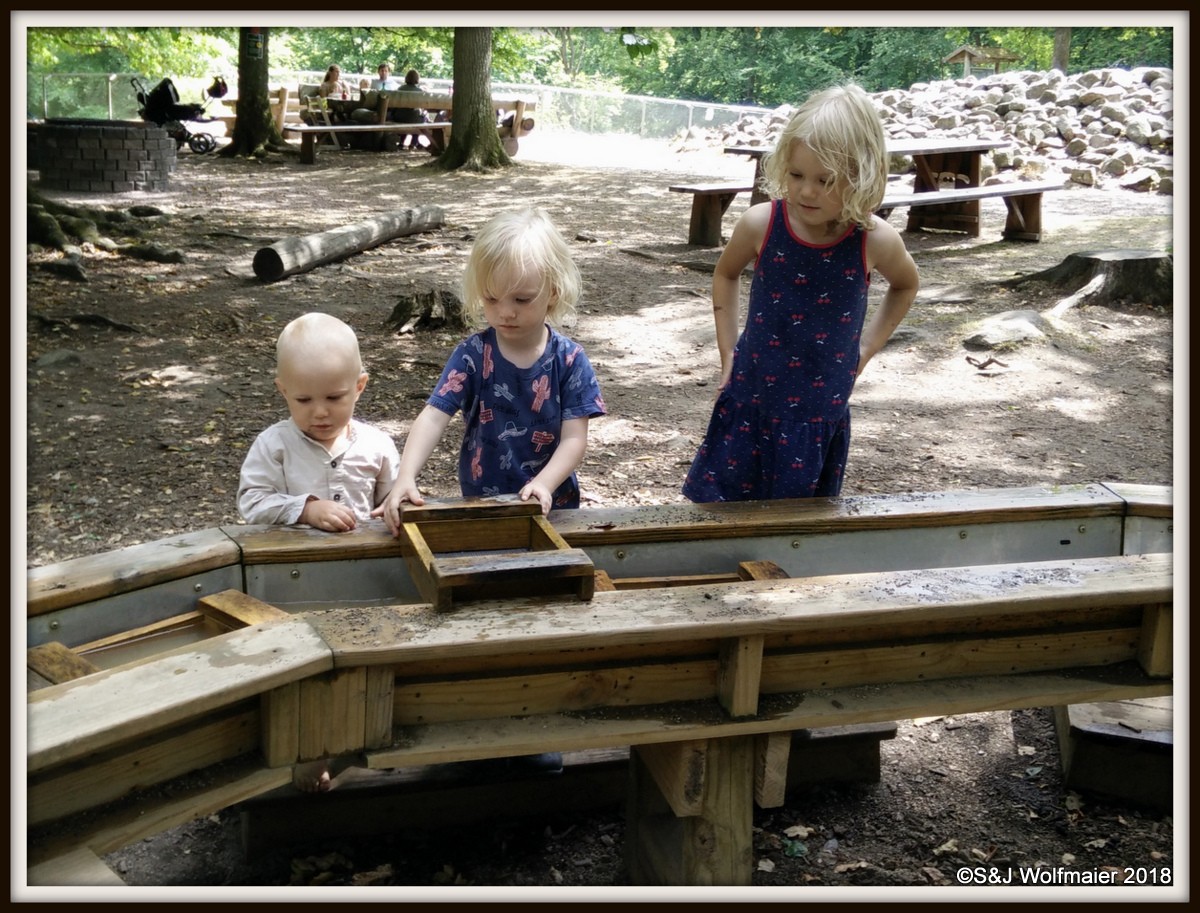 And he is a talker. We aren’t used to that. Both our daughter and our older son didn’t really make sense before they were almost three. But he astonishes us with his speech.

Maybe I should have put our kids first…

Last spring, (you see the pattern) we lost pressure in our heating system. Like there was a leak somewhere. The problem was just we didn’t find any leak. So we hired a plumber. He didn’t find any leak either. But when he tested the system there wasn’t any leak any more. A few months later (after summer was over) the pressure disappeared again. And the plumber too… So we called a different one. And he didn’t come when he said he would. So I added a few taps to get our heating system working in parts of the house. So we had central heating in our bedroom, storage, hall and laundry/shower-room. The rest of the building had to rely on small electric furnaces and our wood furnace in the living room. It was cold in the mornings.

A few months later the plumber did come and they didn’t find the leak either. Now it was leaking after testing though. He said he would figure something out after new-year. And he disappeared again. Later he told us he couldn’t help us. So we called our insurance again and they referred us to him… Luckily they had a backup. Now a third plumber came, and they performed the same inspection as the previous ones and didn’t find anything. They also dyed the water in the pipes green to see if there was any green water somewhere, but no. They did know a guy though that could test the system with gas (no not the American kind) and he pressurised our system and found that the leak was probably below the newer (1994) part of the house. He couldn’t tell what pipe it was, there were two going that way, so he recommended us to reroute the pipes going under the new part of the house. So we asked the previous plumber for a price. And it was hefty. So we asked a different plumber (one that had repaired a radiator right after we moved in) and it was a bit better. So we went with that guy. And he fixed it. In the middle of the summer we had heating again. And we tested it, as good as one can test a heating system on a day with 30° C outside.

We did have a minor leak later but only affecting our hall and laundry/shower-room, this we had fixed by our guy just before Christmas.

We always had a slow pressure decrees in our heating system, but I thought it was due to a faulty valve in the boiler room, but it was probably just the pre-stages of the big leak. Now we don’t have that problem anymore. 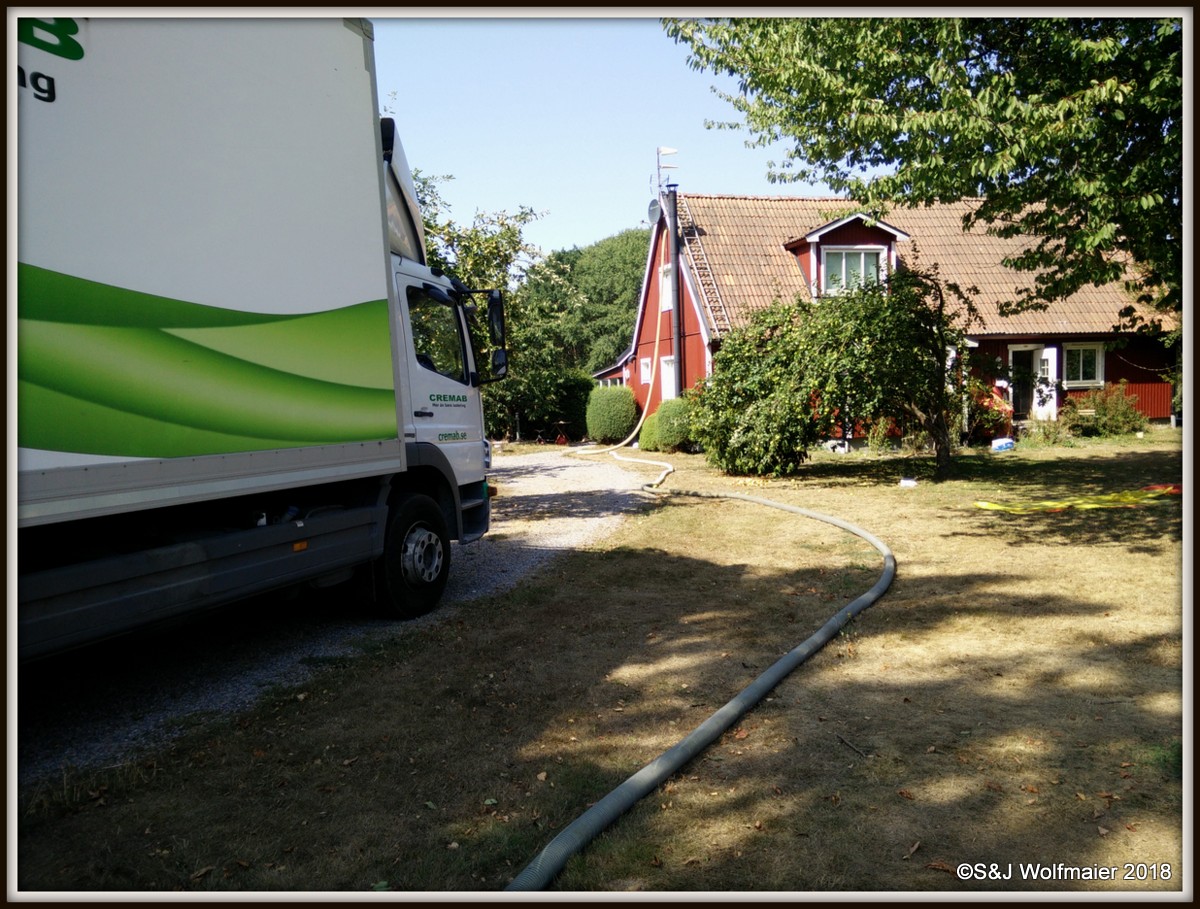 We also got some extra insulation under our roof, so now we have a much nicer climate on the upper floor.

We have two cars, like we’ve had all the time we have lived here. Last year we needed a new one, because our old had an accident. So we did some calculations and realised that a new electric car would cost us about the same as a used ICE. We are very pleased with our ZOE, not just the new-car feel but mainly the running costs. We have been driving it a bit more than we thought we would. Basically it’s our first car now and our Megane is just if the ZOE is busy or we need the bigger trunk or roof-rails for shopping. Sadly neither has a hook for trailers, but we might get one some time. I just hope we can keep the Megan alive until we can afford a second electric. In a couple of years there should be a few more to choose from. 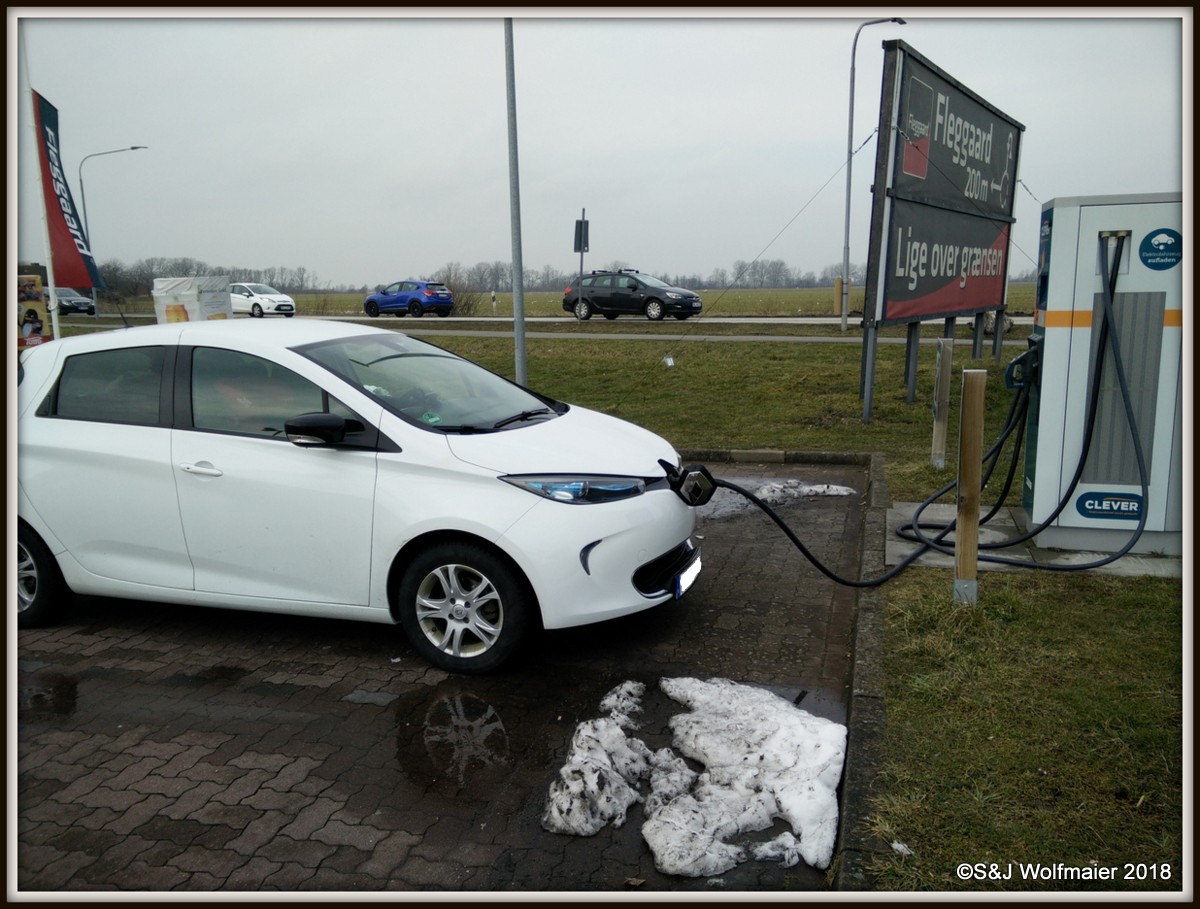 In spring we did a trip to Germany. We decided to use the ZOE, it would be so much cheaper and we need plenty of stops anyway. It went really well. I guess that it won’t be as cheap in the future though, more than half of the charging posts didn’t charge for the electricity. We learned that using charging posts is easy in Germany and Denmark, in the Netherlands you need to do some planning first, but thanks to Tesla (and a free and open destination charger) we got to our destination there too.

This last one is with a bit of ambivalence. It was a great summer, I love the high temperatures and sunny days. I’m not as happy about the drought it brought. We still have much less water in the lake than usually, maybe 80 cm lower than it normally is in December, even if it has risen maybe 20 cm from its lowest. Our lawn stopped growing, except for some weeds. It wasn’t entirely yellow though, probably because of the proximity of the lake. We got some good time at the sea too, both the Baltic and the Westcoast. 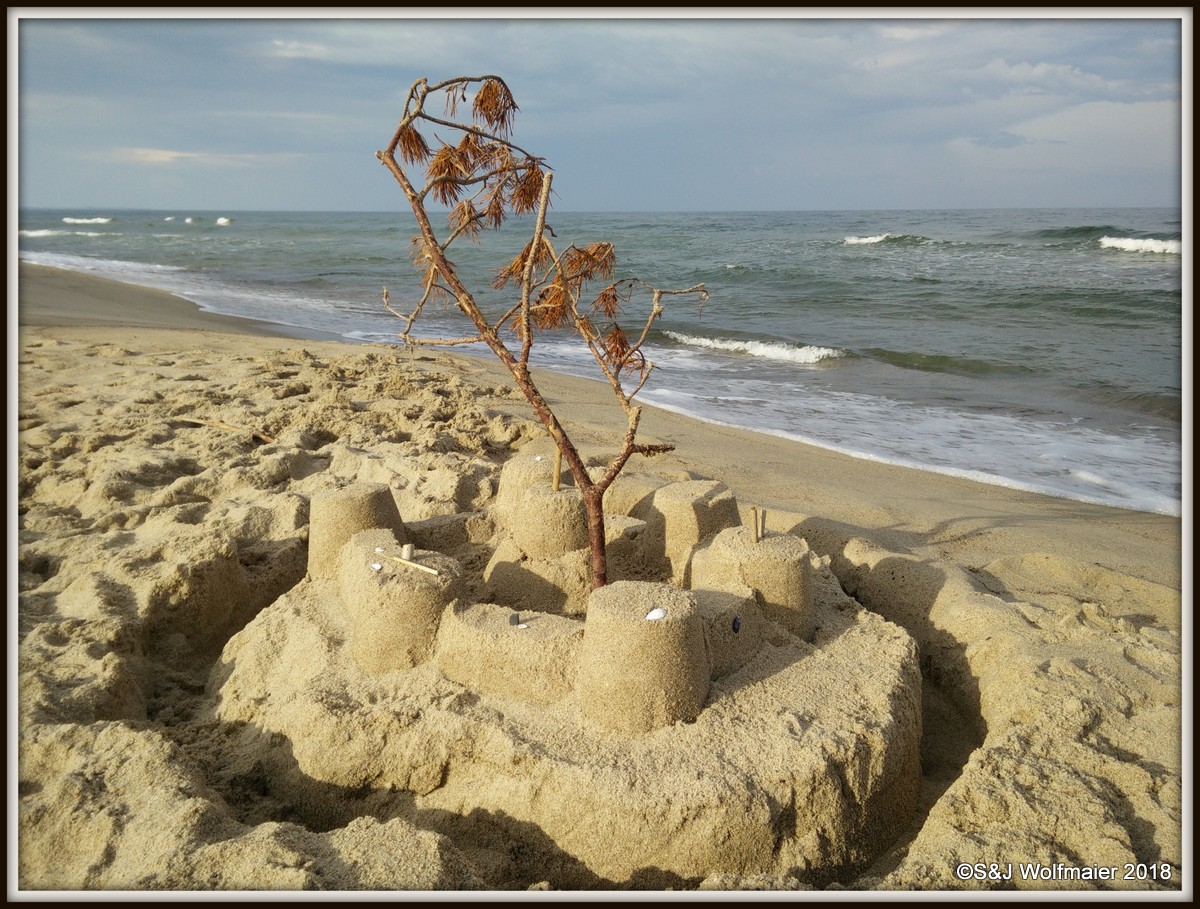 Looking back on this year is good. Looking forward is exiting. I will be home with the kids while Susanna has a new job (that she will find soon I hope). It will be different then the last times. There will be strict daily routines, the oldest has to be at school in the morning and picked up afterwards. There will be many more activities during the weekdays for the boys. But I think it will work well.