One night we forgot to close the screen doors of our outdoor room. As we had been eating in there before we got a little friend helping us to clean up the floor. It was really effective. (Our son is good at eating but he is throwing the leftovers on the floor when he is done, I guess that’s normal for a one year old). 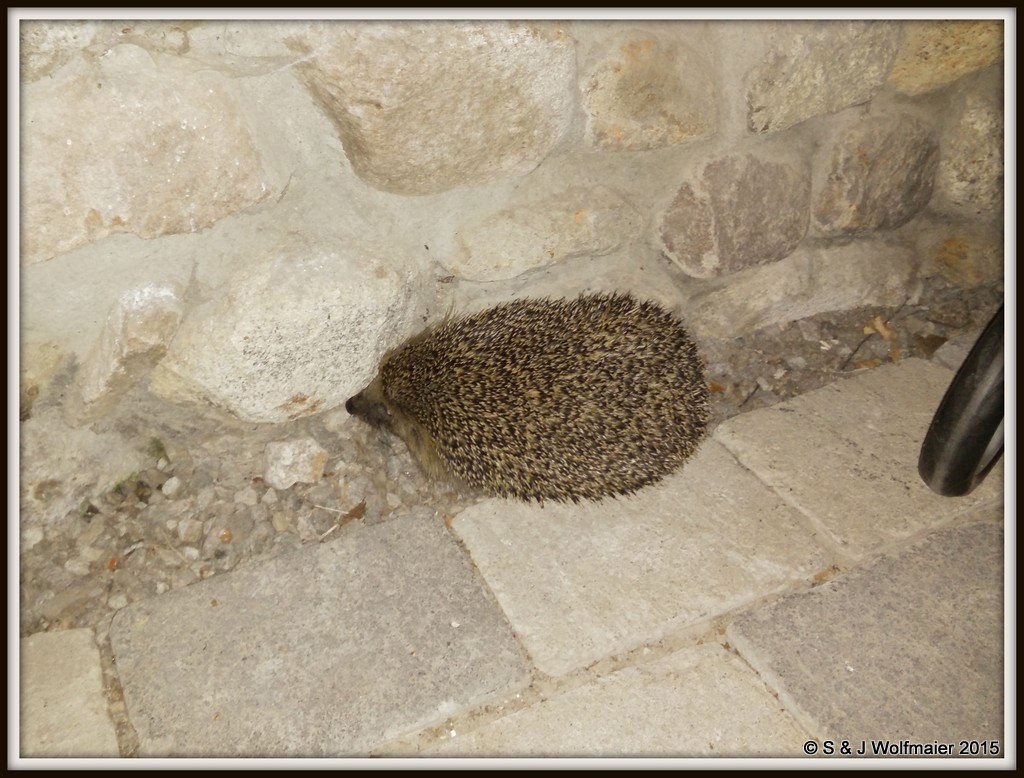 I really like the hedgehogs; they are nice animals, to look at from a distance. Don’t want to pluck out spikes after touching them.

Our cats are really nice ones. If I sit on the couch watching television they always come and get cosy. They are still a bit scared of our kids and I think that might be wise if you don’t want your tail to be pulled, especially when it comes to our son. They have decided that the couch is their favourite spot, most of the time (as long as the kids aren’t too close) you’ll find them like this.

When our son is sleeping they actually come and lay beside him sometimes. That is nice. They are gone faster than a lightning when he wakes up though.

They are really good hunters too. They from time to time (now a bit more seldom) come with “gifts” for us. Most of the rodents they catch they eat themselves. But they are a bit picky sometimes, leaving some intestines on the rug as a not so pleasant surprise walking to the shower in the dark in the mornings. Just the other day, (or maybe a week ago) they had left somethings that looked like intestines again, but this time it was no less than 6 mouse foetuses, four of which still in the uterus. I don’t know why they didn’t eat that, but as my brother has had a similar experience before it might be intentional.

They really are a threat to the small animals around our house. We like them to kill the rodents, but sometimes they kill small birds too (and a rabbit) and that isn’t really as nice. My brother saw Siam catch a bird that was trapped in our outdoor room. I just saw him walk away with the bird in his mouth. There still was one other bird in the outdoor room, panicking of course, so I opened a window and let it out before it would have been the next victim of the feline killing machines.

You who know us know that one of the reasons we moved out on the countryside was the fact that we want animals. In the long run we dream about having both chicken and sheep. I don’t know how long it will take until we are there. For the sheep we will need some extra land so the chicken are probably closer in time.

So before Christmas we finally got up the birdfeeder. It’s a start. So now the birds are able to get some seeds when the stock is short in nature. Not that it is this year, but we didn’t move to Skåne for the winter.

The birds really like the place. Most of the time the small ones are there, but in between crows come and raid the place too. Then we have to fill the feeder with new seeds. The pheasants are also finding the seed fallen down on the ground and once we saw a woodpecker too.

Pictures of the birds: How many kinds can you see? 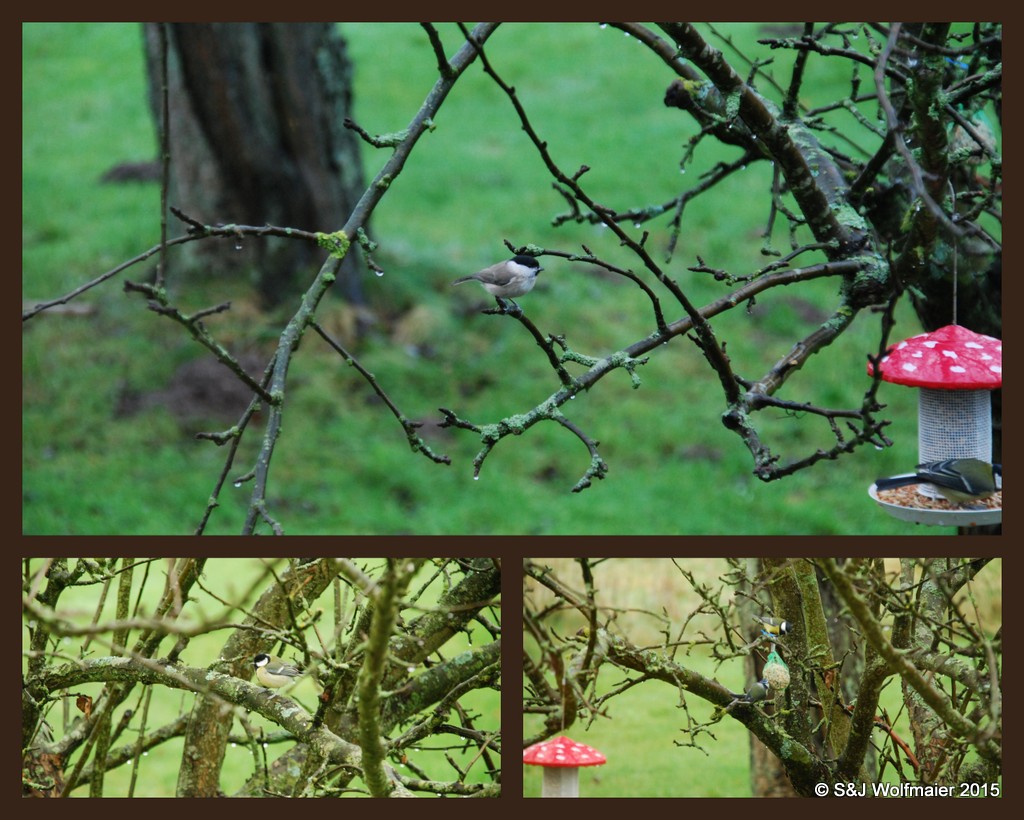 And today things became even more serious; we have two new family members of the feline kind, Milo and Siam. A friend of ours couldn’t keep them anymore and asked if someone would like to take them over. We really wanted cats too. It is a start when you want to have animals and they are nice having around too. And it’s good to have them around when you have kids so they will learn how to interact with animals. Our daughter ran herself tired the first day excited about the fellas that came to our place and tried to figure us out. When she was asleep they were less reserved and Siam sat in Susanna’s lap for a while.

Here are some pictures of them today: (Milo is the black one, he is a bit more reserved than Siam). 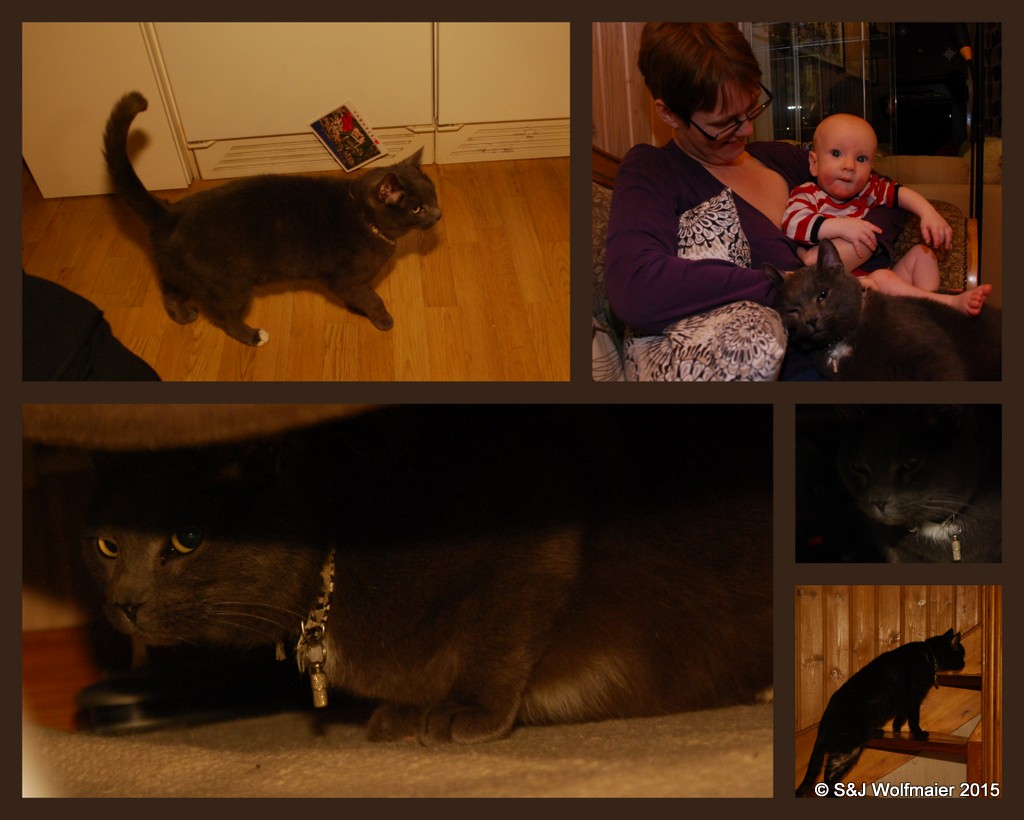